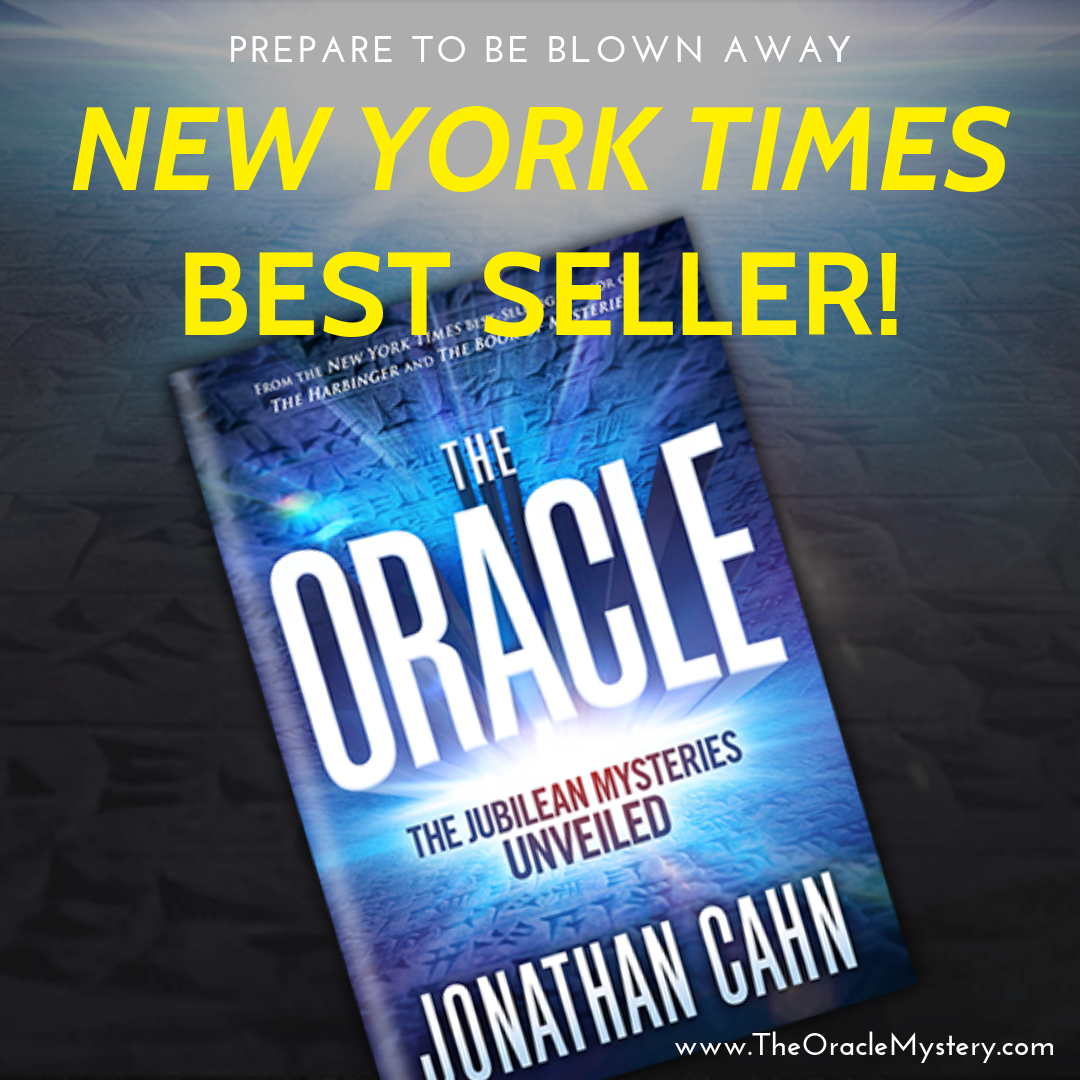 When Israel Was Resurrected, the Ancient Words Were Recited All Around the World, Cahn Says—‘Who Could Orchestrate That? Only God’

NEW YORK—Throughout his newest book, “The Oracle,” which overflows with never-before-heard mysteries and remarkable revelations, New York Times best-selling author Jonathan Cahn frequently references Israel, its history, its future, Jerusalem and how the nation’s restoration was specifically appointed by God.

In “The Oracle: The Jubilean Mysteries Unveiled,” Cahn opens up mysteries and a revelation so big that it lies behind everything from the rise and fall of nations and empires—even America—to the current events of our day, to the future, to end-time prophecy, and much more.

“One of those mysteries concerns the ancient appointed words behind the events of modern times,” Cahn said. “And one of those examples concerns the rebirth of Israel. There’s a prophecy in the Bible that speaks of the day that Israel will be resurrected—the day the nation of Israel will be raised up from the end, that the Jewish exile will come to an end, when the Jewish people will be brought back to the land, when Israel will be rebuilt as it was in ancient times. That prophecy was appointed to be recited on a specific day in the 20th century. What day was that? May 14th, 1948—the exact day when Israel was resurrected. So when Israel was resurrected, the ancient prophecy was being recited and chanted around the world as Jewish people opened up the ancient scrolls of their synagogues. Who could orchestrate all that? Only God.”

The mystery of The Ancient Ordinance, Cahn adds, comes from the Book of Deuteronomy when Moses spoke his last words to the people of Israel. He prophesied that God would gather the Jewish people from all nations where He scattered them and bring them back to their ancient homeland. The ramifications of these things become all the more staggering when, as Cahn adds, one factors in the global context—that specific events had to take place in the United States for Israel to be reborn at that exact moment and the fact that Israel’s resurrection is the key biblical sign given to mark the beginning of the end times.

In “The Oracle,” Cahn takes readers on a journey to find the man called “the Oracle.” One by one, each of the Jubilean mysteries is revealed through the giving of a vision to a traveler. “The Oracle” uncovers the mysteries of The Stranger, The Lost City, The Land of Seven Wells, The Birds, The Number of the End, The Man in the Black Robe, The Prophet’s Song, The Matrix of Years, The Day of the Lions and many more.

Ultimately “The Oracle” reveals the secret that lies behind end-time prophecy and the mystery of the end of the age. As with his other New York Times best-sellers, “The Harbinger” and “The Book of Mysteries,” Cahn reveals the mysteries through a narrative. A traveler is given seven keys; each will open up one of seven doors. Behind each door lies a stream of mysteries. The reader will be taken on a journey of angels and prophetic revelations waiting to be discovered behind each of the doors—the ancient secrets that lie behind the world-changing events of modern times—and revelations of what is yet to come.

Throughout the worldwide smash hit, readers of “The Oracle” discover the ancient scrolls that contain the appointed words that have determined the course of world history from the onset of modern times up to our day. The revelation is so big that it involves and opens up the mysteries of everything and everyone from Mark Twain to Moses, from King Nebuchadnezzar to Donald Trump, from the fall of empires to the rise of America, from a mystery hidden in a desert cave to another in an ancient scroll, from the palace of the Persian Empire to the U.S. Senate, from the Summer of Love to the Code of Babylon—just to name a few.

Jonathan Cahn caused a worldwide stir with the release of his explosive first book, “The Harbinger,” which became an instant New York Times best-seller and brought him to national and international prominence. He was named, along with Billy Graham and Keith Greene, one of the top 40 spiritual leaders of the past 40 years to have radically impacted the world. Called the prophetic voice of this generation, Cahn is a much-sought-after speaker and has been highlighted in the New York Times as well as in many national and international media. He has spoken on Capitol Hill, at the United Nations and to millions of people around the world. Cahn is known for opening the deep mysteries of Scripture and bringing forth messages of prophetic import. He leads Hope of the World ministry, an international outreach of teaching, evangelism and compassion projects for the world’s most needy. He also leads the Jerusalem Center/Beth Israel, a worship center made up of Jews and Gentiles, people of all backgrounds, just outside New York City in Wayne, New Jersey. His ministry can be contacted at HopeoftheWorld.org and Jonathan Cahn Facebook.