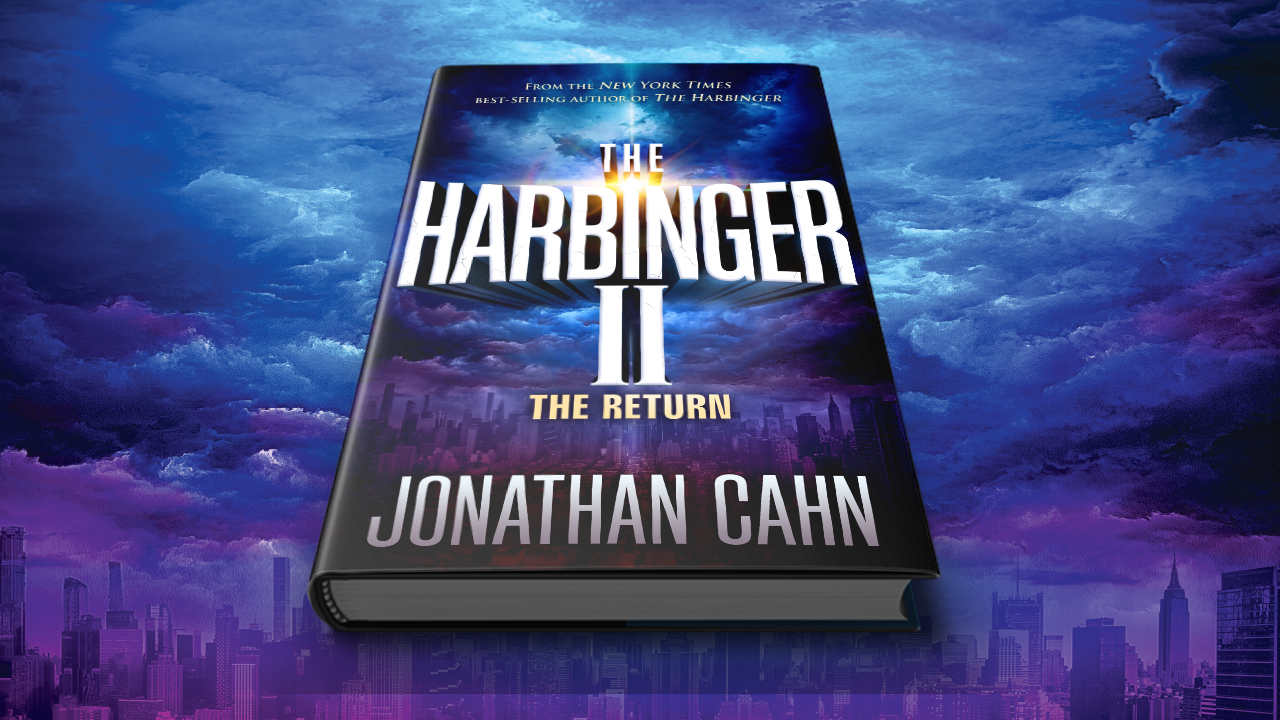 NEW YORK — New York Times bestselling author Jonathan Cahn’s book “The Harbinger II: The Return” reveals the ancient template behind the turbulent events that have rocked the world in 2020 and which continue to shake the institutions, governmental structures and social norms Americans took for granted just six months ago.

Near the end of “The Harbinger” (2012), Cahn revealed the biblical key that pointed to 2020 as the year of great shakings on America. Knowing from his understanding of Scripture that this year would be one of upheaval for the U.S. and the rest of the world, Cahn started writing “The Harbinger II: The Return” this past winter.

“The Harbinger II: The Return” locates an ancient template for the shakings the world has experienced over the past 20 years. Cahn opens an ancient template that begins in the writings of the prophet Isaiah and is repeated throughout the Bible. The span of years revealed in the template is that of 19 years from the time of an enemy attack on the land to the coming of greater shakings. In the case of America, the enemy attack came on September 11, 2001. Starting from 9/11, the mystery points to the year 2020 as the 19th year, and the year that shakings will come to America. Cahn uses the template of ancient prophecies to reveal the meaning and timing of current events as well as to provide a glimpse and warning of things yet to come.

“If we aren’t turned to God by lesser judgments, greater may be expected,” Cahn writes.

One great shaking does not preclude another.

“… but that doesn’t mean it’s the only one,” Cahn writes, “… that there aren’t more or greater shakings to come. A shaking that spreads fear to every city and town in America and around the world, that causes millions to hide themselves inside their homes, that paralyzes much of the nation’s economy and the world economy, that causes a declaration of disaster to be issued in every one of America’s fifty states, and shuts down most of the planet for the first time in world history …”

While some mysteries are being revealed in the present, there are even more to be revealed in the future. “The Harbinger II: The Return” will stun, shock, and reshape how Americans interpret current events, the Bible and the place of the United States in the past, present and future.

“The Harbinger II” will open up the mysteries of the Gate, the Watchmen, the Mystery Ship, the Word in the Ruins, the Book of Days, to the Image, the Judgment Tree, the Children of the Ruins, the Convergence, the Handwriting on the Wall to name a few. Cahn draws lines between events happening currently as well as ultimately revealing the mystery of what is yet to come — the Shakings, the Plague, the Western Terrace, the Island, the Day of the Watchman — and much more.

As in his other epic best-sellers, Cahn takes readers on a mysterious journey throughout “The Harbinger II,” during which they will uncover the all-new revelations. “The Harbinger II” will also reveal the specific answer, keys and hope, and just as with “The Harbinger,” readers will never see the world the same way again.

Visit TheHarbingerReturns.com. The Harbinger II: The Return is published by FrontLine, an imprint of Charisma House.