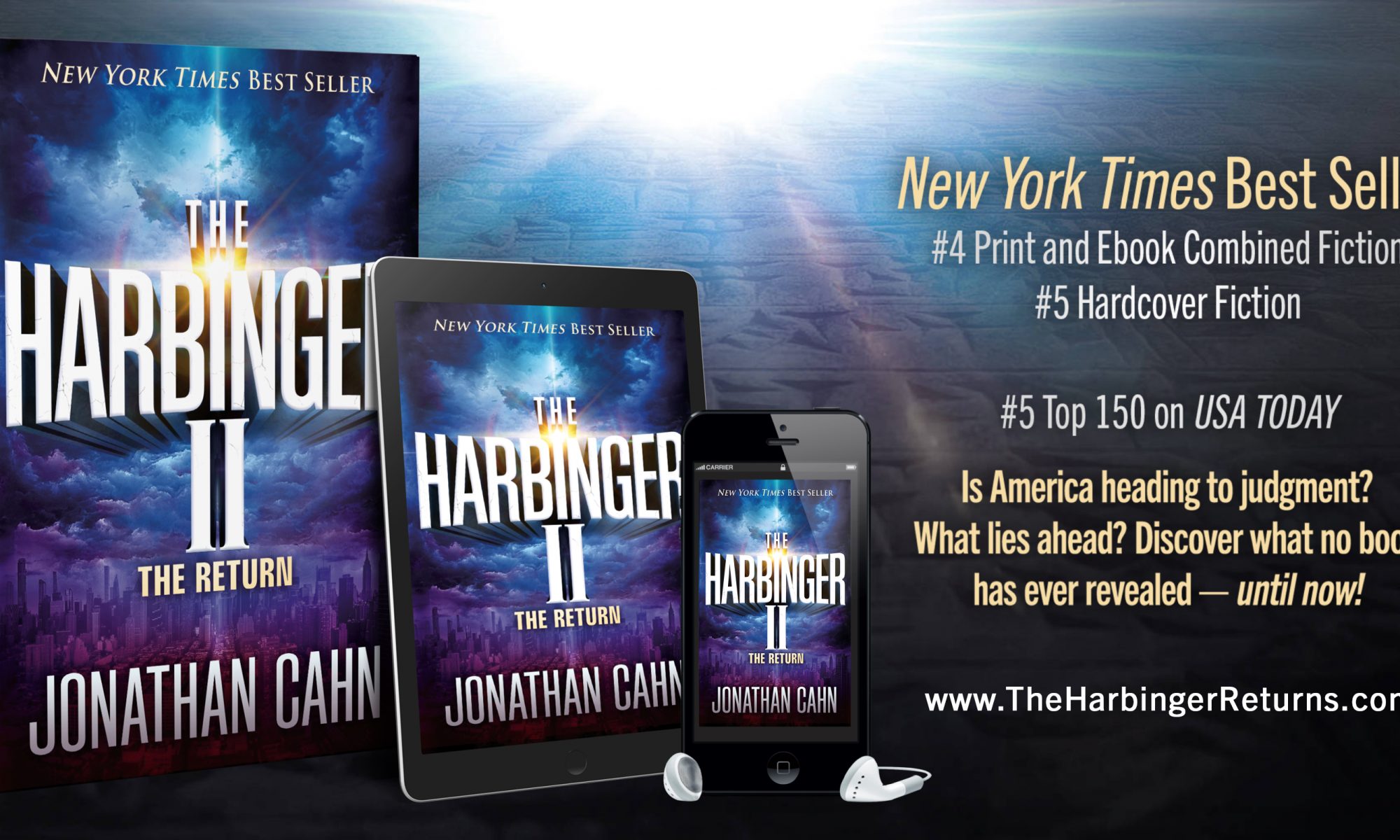 Now, with Just 22 Days to Go Before the Presidential Election, Everyone Is Wondering: What Will Happen to America?

NEW YORK — When the year of 2020 first began, few people imagined the devastation we would face as a country. Few foresaw a contagious virus that would confine Americans to their homes and close businesses and houses of worship; deaths that would provoke violent protests in our cities as well as calls to “dismantle” and “defund” our police departments; the passing of a Supreme Court justice amid the hostilities of a bitter election season; and wildfires in the West and hurricanes in the South that would displace thousands.

Yet by closely examining biblical template concerning the judgment of a nation, prophecies for clues and suggestions, for hints and intimations, Jonathan Cahn discovered that a dramatic series of events for our nation was in store for this year. In an utterly compelling narrative, Cahn exposes these mysteries in his New York Times bestseller, “The Harbinger II: The Return.”

The book is a follow-up to Cahn’s “The Harbinger,” which first brought him sweeping acclaim. An excerpt from the new bestseller demonstrates why sales of Cahn’s latest book have surpassed sales of all of his previous books and earned “The Harbinger II”the double distinction of landing on The New York Times and The Wall Street Journal bestsellers lists. Cahn calls 2020 a year of “shaking.”

“Seven years after 9/11 came the shaking of the American and world economy,” Cahn writes in his new book. “But there isn’t to be only one shaking. There will come others, other calamities, greater than the first. When we first spoke of these things, you asked me what form the shakings and calamities would take,” he says in his dramatic narrative.

Now that the “shakings” are occurring right in front of our eyes, the question many Americans are asking is: “How much time is left for us?” Not surprisingly, “The Harbinger II” provides prophetic, biblical answers.

“Nineteen years from 9/11, from 2001, the first shaking, comes out to 2020, the year of shaking, the year that the plague came to America, the year of the coronavirus … the year of disorder, of collapse, the year of greater shakings,” Cahn continues ominously.

Since its release on Sept. 1, 2020, “The Harbinger II” has dominated major bestsellers lists and brought Cahn many thousands of new fans and followers. His book is available for purchase online and everywhere.

Cahn shares a key insight into his latest narrative that occurred many months before its release: “I spoke to Beth Israel, the congregation I lead in Wayne, New Jersey, and told them of 2020 being a year of shakings, dark events, and the Lord’s roaring—and that we were to prepare and pray for revival as never before, as it would be the only hope.”

The extraordinary numbers connected to this new book tell their own story. “The Harbinger II” made the Amazon Bestsellers Top Ten lists of all books in the world and garnered three of the top ten spots on Amazon’s Christian Books for print, Kindle, and audio—each charting as a Top Ten Bestseller, including #1 Christian Prophecy and #1 Christian Prophecies. It also put Cahn’s other books back onto bestseller lists, including “The Oracle,” “The Paradigm,” and “The Harbinger.” Half of the top ten Christian prophecies were Cahn’s books.

The author has made many media appearances, including on CBN’s “700 Club,” TBN’s “Praise,” and “Family Talk” with Dr. James Dobson. Cahn is continuing to do TV and radio interviews throughout the fall.

Jonathan Cahn’s first book, “The Harbinger,” became an instant New York Times bestseller when it was published in 2012 and brought him national and international acclaim. His next four books were also New York Times bestsellers: “The Mystery of the Shemitah,” “The Book of Mysteries,” “The Paradigm,” and “The Oracle.” Along with Billy Graham and Keith Greene, Cahn was named one of the top 40 spiritual leaders of the past 40 years who has radically impacted the world.

Called the prophetic voice of this generation, Cahn has spoken on Capitol Hill, at the United Nations, and to millions of people around the world. Cahn is known for opening the deep mysteries of Scripture and bringing forth messages of prophetic import. He leads Hope of the World ministry, an international outreach of teaching, evangelism, and compassion projects for the world’s neediest. He also leads the Jerusalem Center/Beth Israel, a worship center made up of Jews and Gentiles, and people of all backgrounds, just outside New York City in Wayne, New Jersey. His ministry can be contacted at HopeoftheWorld.org and on Jonathan Cahn Facebook.