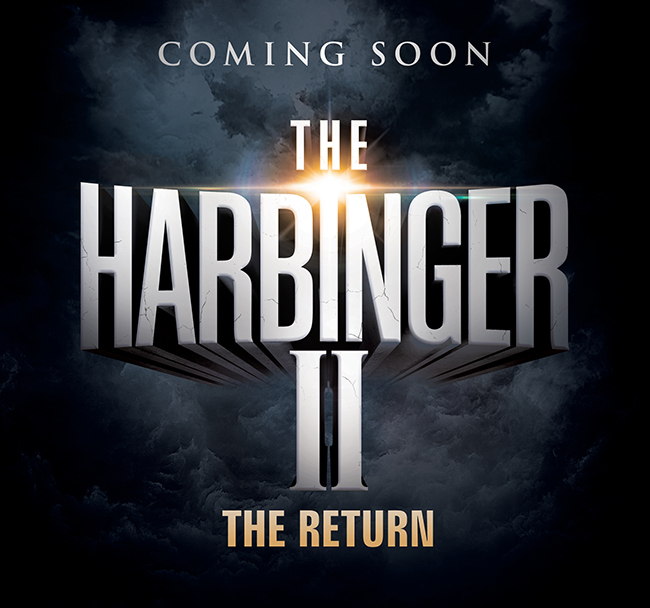 Set for Release on Sept. 1, ‘The Harbinger II: The Return’ Solves Enigmas as Mysterious Prophet Figure Makes All Things Clear

NEW YORK—After nearly a decade of expectant waiting, the next revelation is finally here. Since the release of “The Harbinger”in 2012, author Jonathan Cahn has been holding back the keys to a web of mysteries soon to be unlocked in “The Harbinger II—The Return,” set for release on September 1.

Insiders are calling the manuscript “stunning,” “prophetic,” “mind‐blowing,” and “astonishing.” Building on and retracing the enigmas of the first book, the cryptic figure of the prophet in “The Harbinger II: The Return”continues the revelations where he left off. As in the prophet’s first appearance, the revelations will be opened up, one by one, through the giving of ancient seals, dreams, and a little girl as mysterious as the prophet.

In a surprising twist for end-times mysteries, landmarks of U.S. history, government, and current events figure prominently in the “The Harbinger II: The Return.” The reader will be taken on a mysterious and epic journey to uncover the new revelations: from an island in the waters of New England to the steps of the Supreme Court, to the top of the tower at Ground Zero, to a primeval forest, to the House of Faces, to the pedestal of the Statue of Liberty.

“The Harbinger II” will solve the riddles of the Gate, the Watchmen, the Mystery Ship, the Word in the Ruins, the Book of Days, to the Image, the Judgment Tree, the Children of the Ruins, the Convergence, the Handwriting on the Wall, and much more. It will ultimately reveal the mystery of what is yet to come, including the Shakings, the Plague, the Western Terrace, the Island, and the Day of the Watchman.

It will reveal the truth of what is actually taking place and why—what lies ahead—and the keys we each need to know for the future. After reading “The Harbinger II: The Return,” you will never see the world the same way again.

Cahn is also the author of the massive worldwide hits: “The Oracle,”“The Paradigm,” “The Book of Mysteries” and“The Mystery of the Shemitah.” He was named, along with Billy Graham and Keith Greene, one of the top 40 spiritual leaders of the past 40 years to have radically impacted the world. Called the prophetic voice of this generation, Cahn is a much-sought-after speaker and has been highlighted in the New York Times as well as in many national and international media. He has spoken on Capitol Hill, at the United Nations and to millions of people around the world. Cahn is known for opening the deep mysteries of Scripture and bringing forth messages of prophetic import. He leads Hope of the World ministry, an international outreach of teaching, evangelism and compassion projects for the world’s most needy. He also leads the Jerusalem Center/Beth Israel, a worship center made up of Jews and Gentiles, people of all backgrounds, just outside New York City in Wayne, New Jersey. His ministry can be contacted at HopeoftheWorld.org and Jonathan Cahn Facebook.

“The Harbinger II: The Return” will be published by FrontLine, an imprint of Charisma House, on Sept. 1.