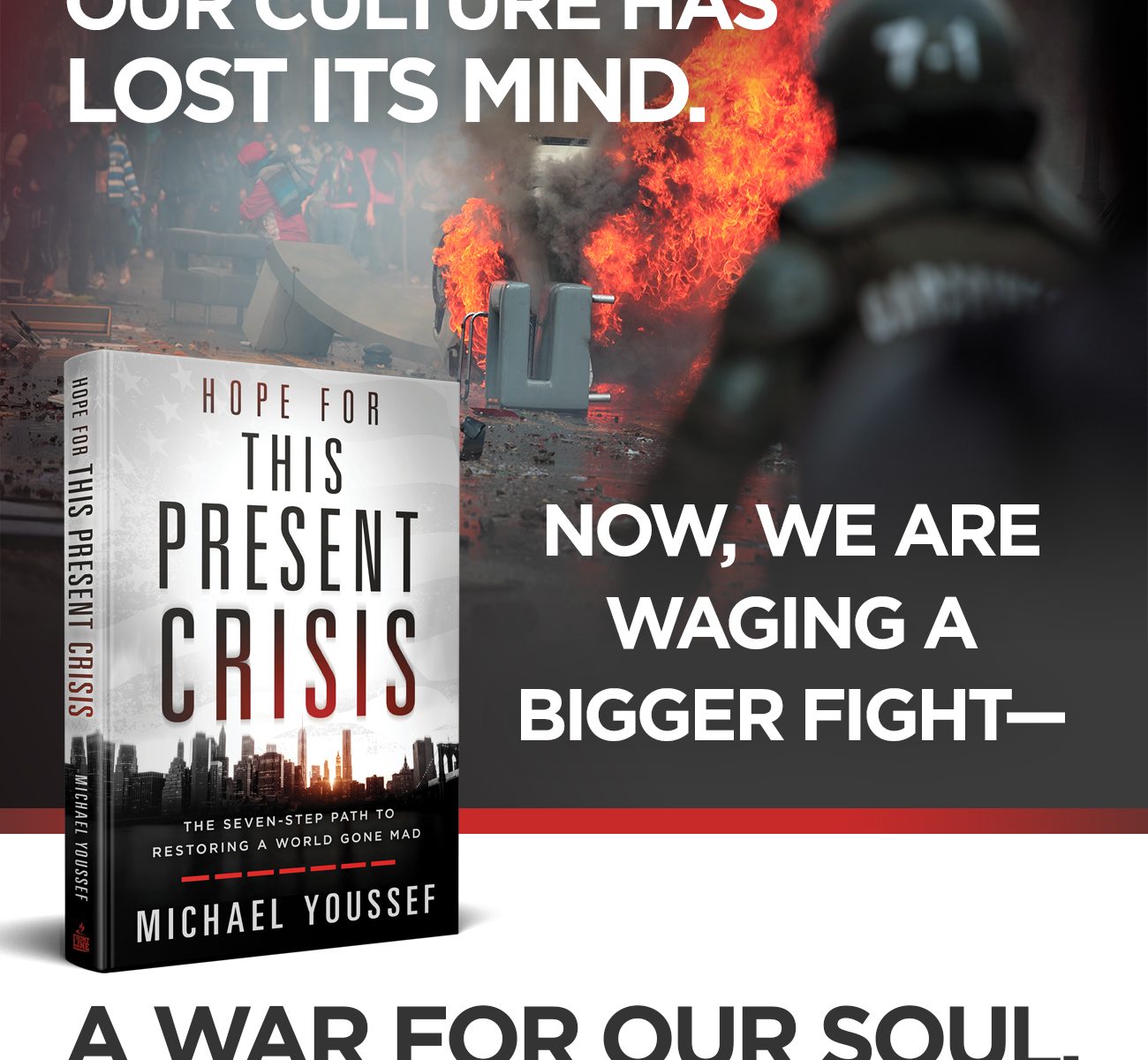 ATLANTA — Today, forces are working to strip the principles and precepts of the Christian faith from public venues and minimize their significance. Is it possible that the world has gone mad? Americans are under siege and the war is not from without; it is from within.

“The collapse of the Roman Empire occurred in a single generation and was not so much the result of invasions by their enemies but the result of moral decay and internal corruption,” Dr. Michael Youssef writes in Hope for This Present Crisis. “Similar patterns are emerging in America. It is time to take back the traditional institutions that Americans have neglected or abandoned.”

In “Hope for This Present Crisis,”Dr. Youssef provides a diagnosis of the insanity of the current culture and a seven-step prescription for restoring sanity to a world gone mad:

According to Dr. Youssef, “Forces are at work to strip the principles and precepts of faith from public venues or minimize their significance. Many progressive leaders are convinced that when Christianity disintegrates it will create peace on earth. But the loss of our heritage will merely create a spiritual vacuum that will be filled with folly, crammed with chaos, or invaded by Islam. The reality is: Western civilization will become so decadent and reckless that America will collapse like a house of cards.”

“Hope for This Present Crisis” is available to through Amazon, Barnes and Noble, BAM, ChristianBook.com, and Leading The Way, and will be released today, March 2, 2021.