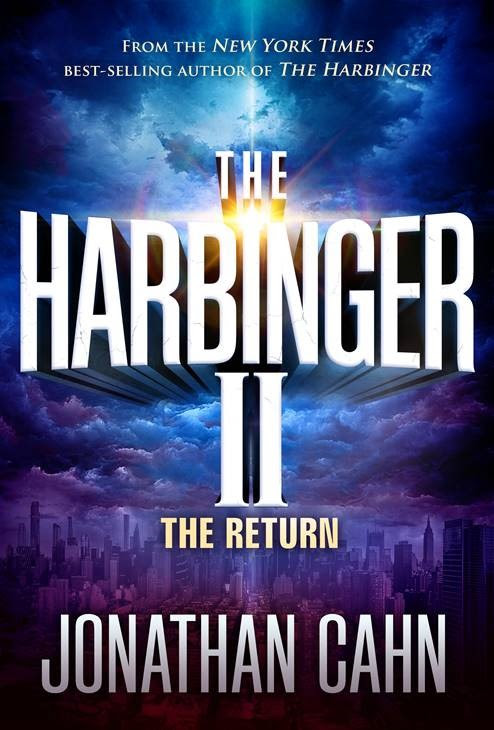 NEW YORK — Jonathan Cahn’s first book, “The Harbinger,” (2012) set the publishing world ablaze with its insights and revelations behind God’s judgment through global-shaking events — and Cahn knew more shaking was to come. Now, eight years later and after several other chart-topping books, the New York Times bestselling author has returned with more stunning revelations in “The Harbinger II: The Return,” which hits shelves today. What was foretold in “The Harbinger” is now coming true. Now “The Harbinger II” reveals where it’s all heading.

The “Harbinger II” will answer the questions: Are the shakings that have come upon America a sign of approaching judgment? Are they the conclusion of the ancient mystery revealed in “The Harbinger”? Where is it all leading? And how much time do we have left?

Ever since Cahn wrote “The Harbinger,” he’s been asked when he would write the sequel. For eight years, he’s held off on writing it. In 2019, he had a strong sense that 2020 would be a year of great shaking upon America and that what was foretold in his first book would come true — that the mystery of national judgment would resume. Thus it was time to finally write the sequel, “The Harbinger II.” Cahn began writing it in January of 2020. Two months later, the shakings foretold in “The Harbinger” came upon the nation.

In “The Harbinger II,” in a section called “The Unrevealed,” Cahn finally reveals the mysteries he held back from revealing when he wrote the first book. In the second section, “The Manifestations,” he reveals the signs, the portents — the other harbingers — that manifested after the first book came out and up to the present moment. And in the third section, “The Coming,” Cahn reveals the ancient mystery that lies behind the present shaking of America, the coronavirus, the economic collapse, the national paralysis, the civil disorder, the riots and the breakdown of America’s infrastructure — and how all these things are part of the ancient biblical template of a nation entering into judgment.

At the same time, “The Harbinger II” will answer the critical question, “Is there hope?” and “What are the keys that every reader must know concerning what lies ahead?”

All thesequestions — and more — Jonathan Cahn answers today, September 1, in “The Harbinger II.”