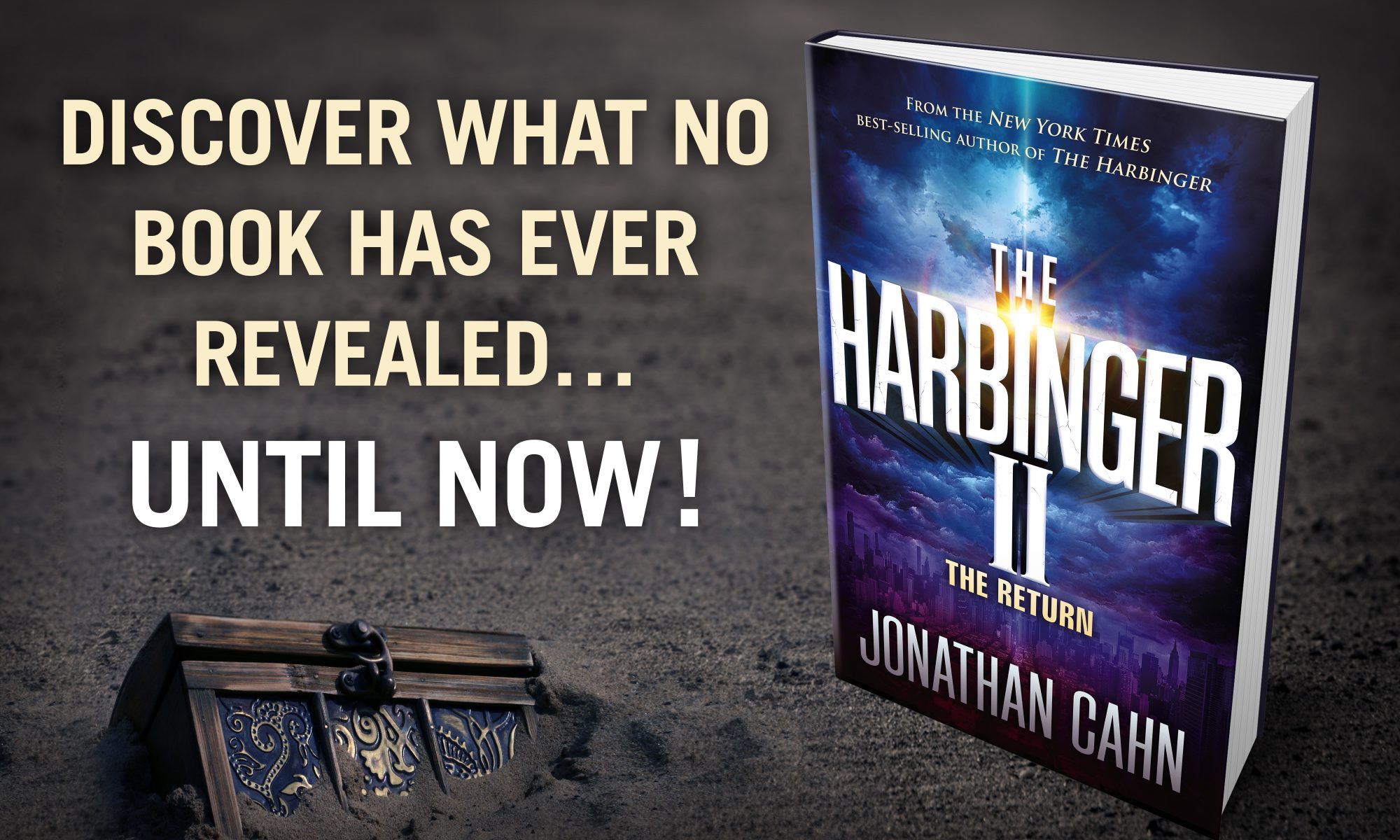 NEW YORK—A decade of patience is about to pay off for readers pining for a sneak peek at “The Harbinger II: The Return,” the forthcoming sequel to the New York Times best-seller “The Harbinger,” by Jonathan Cahn.

For media members only, hotly sought-after advanced reader copies of “The Harbinger II: The Return” are finally unlocking mysteries that couldn’t be revealed until now.

From the outset, “Harbinger II” readers find themselves in much the same circumstances as the two characters conversing in the novel’s first pages. Ana is coaxing Nouriel into revealing how he obtained the information for his first book. The suspenseful opener doubles as a refresher for readers of “The Harbinger”:

“The mystery centers on nine harbingers, nine warnings of coming judgment, calamity, and destruction, the signs that appeared in the last days of ancient Israel,” Ana recounts. “But the mind-blowing thing is that those same nine harbingers have now reappeared in modern times . . . on American soil, some in New York City, some in Washington, DC, some involving objects, events, utterances, even American leaders, and with eerie precision and without anyone orchestrating them. And as they did in ancient times, they give warning . . . now to America.”

Ana continues pressing Nouriel to reveal more about his relationship with his inside source—the cryptic figure known as “the prophet”:

It was then that he resigned himself to the possibility that telling her might be part of the plan.

Finally, he turned to her.

After years of holding back, Cahn is preparing to release “The Harbinger II: The Return,” which is being hailed as even more powerful and stunning than the first book, as it takes the mystery to new dimensions and discloses what could not be revealed in “The Harbinger.”

Cahn is also the author of the massive worldwide hits, “The Oracle,” “The Paradigm,” “The Book of Mysteries” and “The Mystery of the Shemitah.” He was named, along with Billy Graham and Keith Greene, one of the top 40 spiritual leaders of the past 40 years to have radically impacted the world. Called the prophetic voice of this generation, Cahn is a much-sought-after speaker and has been highlighted in the New York Times as well as in many national and international media. He has spoken on Capitol Hill, at the United Nations and to millions of people around the world. Cahn is known for opening the deep mysteries of Scripture and bringing forth messages of prophetic import. He leads Hope of the World ministry, an international outreach of teaching, evangelism and compassion projects for the world’s most needy. He also leads the Jerusalem Center/Beth Israel, a worship center made up of Jews and Gentiles, people of all backgrounds, just outside New York City in Wayne, New Jersey. His ministry can be contacted at HopeoftheWorld.org and Jonathan Cahn Facebook.

“The Harbinger II: The Return” will be released by FrontLine, an imprint of Charisma House, on Sept. 1.

One Reply to “Sneak Peek at ‘The Harbinger II: The Return’ Dangles Suspenseful Opening”